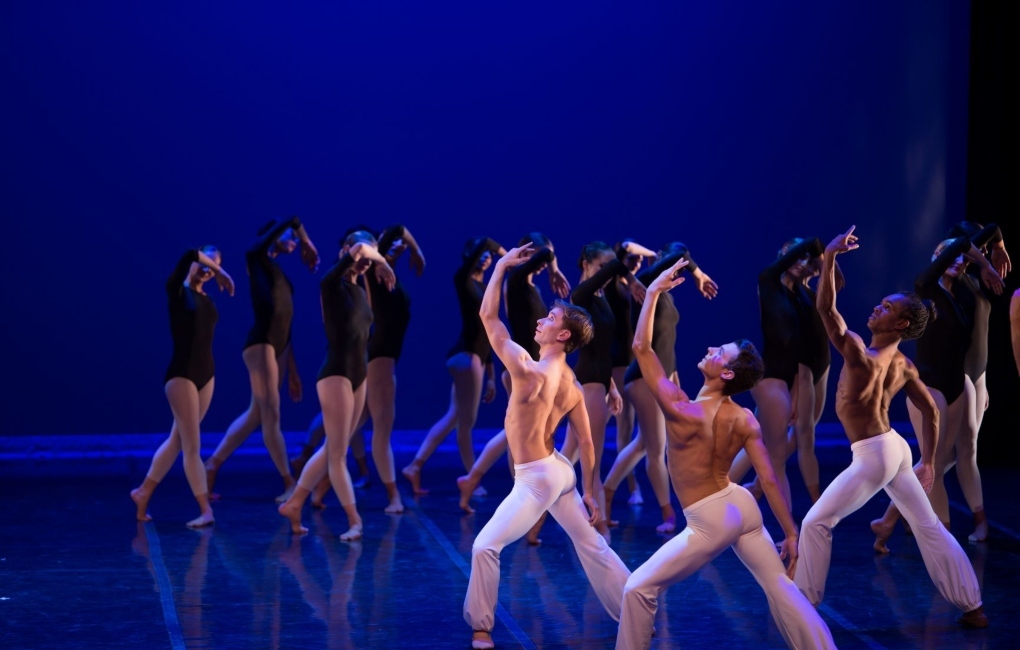 Since its inception in 1987, Béjart Ballet Lausanne is a reference in the Choreographic world. Chosen as his successor by Maurice Béjart, Gil Roman is leading the company and preserving its artistic excellence, since the disappearance of the Master in 2007. Maurice Béjart always wanted to open the world of the ballet to a larger audience. Animated by the same spirit, Gil Roman and his dancers perform all over the world. Béjart Ballet Lausanne is one of the very few companies able to fill vast spaces such as the NHK Hall of Tokyo, the Kremlin State Palace of Moscow, the Palais des congrès de Paris. The Company remains faithful to its vocation: preserving Maurice Béjart’s work, while remaining a space of creation.

“When Theodorakis brought me this music, I was working on a Mediterranean suite called “Thalassa”. I accepted it with enthusiasm and it constituted the final binding. Following this, the number of dances was changed from nine to seven and the choreographies where reworked in a mathematical precision”. Maurice Béjart.

John Zorn is one of the leading composers of contemporary American music. The density and diversity of his extraordinary work, which began in the mid-1970s, as well as the audacity and artistic freedom he expressed through his craft, never ceased to challenge and fascinate the artistic director of the Béjart Ballet Lausanne. It was written that a meeting between the avantgarde musician and the choreographer would happen...

2018, the Béjart Ballet Lausanne studio, Lausanne. Facing a considerable body of work, Gil Roman immerses himself in the various compositions making up the universe that the brilliant multiinstrumentalist has explored from 1990 to 2017… Step by step, with a movement, a gesture, Gil Roman brings his dancers beyond the walls..

“My Boléro,” commented Ravel, “has to stick in one’s head!” More seriously, he explained:

“In 1928, upon request by Madame Rubinstein (Ida Rubinstein, the famous Russian actress and dancer), I composed a Bolero for an orchestra. This is a dance with a very moderate and continuously even movement, both due to its melody and to its harmony and rhythm. The rhythm is continuously marked by the drum. The element of diversity is added by the orchestral crescendo.”

Maurice Béjart describes the creation of Ravel’s work in these terms: “Music that is too wellknown and yet still fresh due to its simplicity. A melody (originally oriental and not Spanish) winds slowly around itself, increasing in volume and intensity, devouring the sound space and swallowing it up at the end of the melody.”

Without further describing a ballet that needs no introduction, let us simply point out that Maurice Béjart returns to the spirit of the Rite of Spring in a very different style. In this sense, unlike most artists who have illustrated Boléro choreographically before him, he spurns the easy choices of a picturesque exterior to simply – but so forcefully – express the essential.

Maurice Béjart gives the central role (The Melody) to a female and then a male dancer. The Rhythm is interpreted by a group of male dancers.