Bost’s parody of Medea, based on Euripides’ play, has been revived in operetta by Nikos Kypourgos 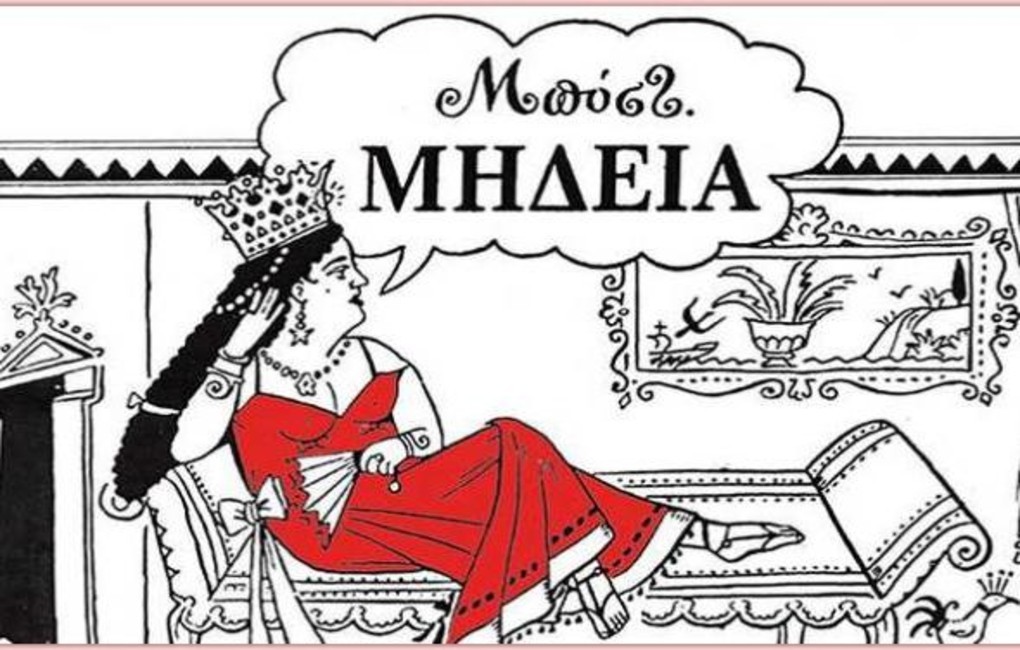 Satirical cartoonist Bost’s parody of Medea, written in verse and based on Euripides’ play, has been revived in the form of an operetta by composer Nikos Kypourgos, following a commission by the Greek National Opera. Director Yannis Skourletis / bijoux de kant describes the show as “one big laugh that will envelop us all.”

The operetta is the flagship of the light musical theater, which developed alongside its older, serious cousin, the opera. In Greece, the operetta was a huge success, especially during the interwar period. As part of its Operetta Restart cycle, the Greek National Opera will present new operetta works with commissions by three distinguished Greek composers, in order to boost the creative renewal of the genre. Bost’s Medea opens this cycle and is expected to cause a sensation. It is a truly groundbreaking project. It is no coincidence that Bost was able to create a completely personal and distinctive satirical style as a cartoonist, a writer, a playwright, and a painter. His unorthodox use of the Greek language and his deliberately misspelled texts aimed to deconstruct the formal katharevousa and to establish the vernacular demotic.

Bost’s satire was aimed at the Greek petit bourgeoisie of the post-war decades; at stuffiness; at the nouveau riche; at the love of all things foreign; at the strong class contrasts of post-war Greece; and at Greek political life. The text of Medea, written in fifteen-syllable verse, is based on the well-known tragedy by Euripides, which Bost turns on its head with his scathing and topical viewpoint. He talks about a woman who wants to kill her children not to take revenge on Jason who is unfaithful to her, but because the children are lazy, dissolute, and thickheaded.

08 November 2019 The Gift of Gods : A 2-days Festival of Music and Education in Ancient Greece

10 July 2019 Maria Farantouri with Christos Papageorgiou on the piano, in Concert at Herod's Atticus Odeon