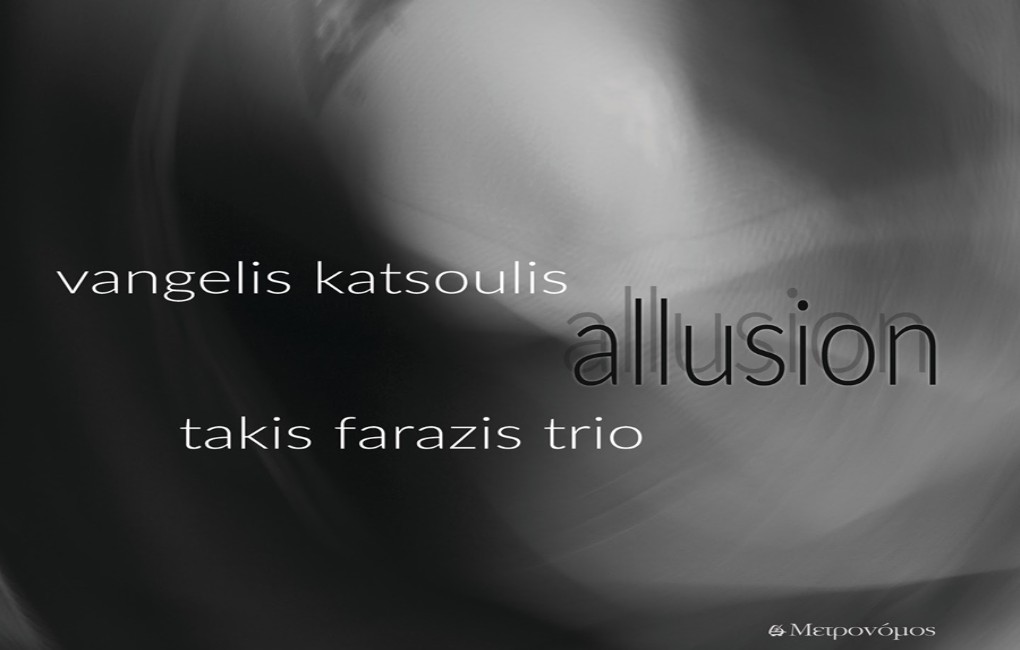 An album in which the jazz sound of the Takis Farazis Trio meets the melodies of Vangelis Katsoulis through a mood of austerity and abstraction, persistently and maturely searching for the essence.

Vangelis Katsoulis writes for Allusion
"The recording of this album came to satisfy a desire of many years, to see my music take on flesh and blood through a band with such a heavy legacy in the history of jazz as the piano trio. With Takis Farazis, Petros Varthakouris and Thanos Hatzianagnostou this dream came true in the most beautiful way. But it was not a product of luck. In concerts in the past it had been shown that there was that special "chemistry" between us that is necessary for such a band to work creatively. It was also my long-term friendship with Takis Farazis and his participation in my albums and concerts that have something to do with it. Because Takis is, of all the musicians I met, the one who approached and touched my world in depth. And my feeling is that in "Allusion" there is no one who could take his place.
Our goal from the beginning was to search for the substance through austerity and abstraction. Such a goal presupposes maturity and I think the time has come when this rare artistic virtue wanted to visit us. The oldest, but also the newest tracks of this album had to get rid of all the unnecessary and through the process of removal to prove that they have substance. I think it would be impossible for me to do something that lacks substance, but if this time I achieved the goal, it is up to the listener to decide.

Takis Farazis writes:
"It is the second time that together with Petros Varthakouris and Thanos Hatzianagnostou we record an album as a trio. The first was "Rings around the moon" by Giannis Balikou. This time, our proposal was made by another dear friend and close associate Vangelis Katsoulis and of course we accepted it with great pleasure. The rationale of the whole project was to make an album almost exclusively with ballads through a simple and abstract play, highlighting the lyricism and the impressionist atmosphere of the mostly minimalist compositions of Vangelis.
The recording journey - about a week - was extremely enjoyable and revealing I would say, because while the lack of obvious musical outbursts sometimes seemed to acrobatic on the verge of "subtlety", ultimately thanks to Vangelis' insistence on the absolutely essential, we had an experience different that fits perfectly in the aesthetics of all of us and we thank him very much for that ".