Tribute to Iannis Xenakis - Percussion works - at the Alternative Stage 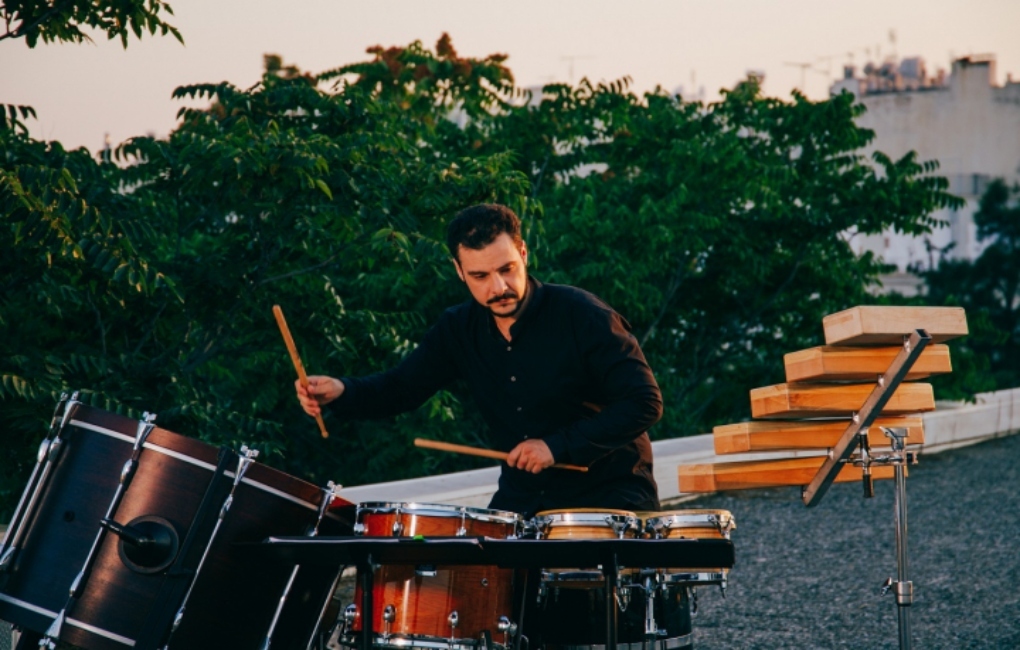 The Greek National Opera Alternative Stage participates in the celebration of the centenary of the birth of the great 20th-century music innovator Iannis Xenakis with an extensive programme of concerts and performances.

In the concert, Alexandros Giovanos will perform the impressive work Rebonds for solo percussion, Kassandra’s masterly monologue, as well as the work Psappha (an archaic version of the name «Sappho»).

The Elbtonal Percussion  ensemble was formed in 1996 in Hamburg, and has ever since carved out an amazing career ranging from classical and jazz music to world music. The ensemble, consisting of Francisco Manuel Anguas Rodriguez, Jan-Frederick Behrend and Stephan Krause, will present Okho (1989), Xenakis' last work for percussion ensemble, dedicated to the trio Le Cercle and commissioned for the bicentennial of the French Revolution - a work that makes use of the exotic timbres of three djembes and one more «big-sized African membranophone», in the composer's words.

08 November 2019 The Gift of Gods : A 2-days Festival of Music and Education in Ancient Greece